Take a peek at how we prepare for the most exciting week in September.

The T-6 Club House is ready for race week!

It’s a bit empty on the ramp – don’t you think?

Marion Wagner is not only a wing walker but an aircraft mechanic as well!

It’s a dogs life at the races!

Shoe holders are good for other things too – like racing supplies!

A few of the Unlimiteds.

Thank you to our sponsors!!!!

Betty Sherman and friends! Can you name them?

Almost all T-6’a are done with tech! Bill, what are to looking for???

Nick Macy and Six Cat have arrived! The ramp isn’t so empty now!

Our first fan has arrived!!

The airfield Tuesday morning – it won’t be like this for long!

There she is, Miss America!!

Here she is, Miss America!!! And she is showing her teeth too!!!

Here she is, Miss America!!! And she is showing her teeth too!!!

There are nine T-6’s at PRS!!! Wait! How did Dreadnaught get in the picture???

Rod and John Hightower at PRS

John Krawczyk, race 50, third from left flying. He is flying over the Los Angeles Nat…

A T-6 on the USSMidway in San Diego, CA.

Is this a possible future racer or something else? You will have to wait and see and …

It is about 4:20, Sunday, and this is the time the Gold Unlimited would have been get…

Reno winds – they never fail us.

A beautiful way to end the day. Sleep well race fans and don’t forget to stop by the…

When the thunder bumper appears it is time to land and say good night.

A little rain and thunder to end the day.

Birds in their nest – waiting to fly again.

Early morning at Reno. The calm before the roar.

Vic and Ann McMann and Mike Cupp and the new race 66 trailer!

Rick Siegfried in Race #33 has just pulled in!

Getting things ready for Thursdays arrivals.

Hi Everyone – Such sad news to share. This is from a crew member on the Lickety Spli…

Our planes in action!

Who knew a cowling had more than one purpose?

Race #50 on one of its first flights over the Sierras

The club house sign getting a few final touches before going on clubhouse.

A cool place in front of the hanger during PRS

Dust from the “run-up” at start of take-off.

“Big Red” with a fan

Race #2 and Race #75 before Gold Race on Sunday

Welcome to the ROW!

Book your hotel room for the T-6 Racing at special rates,
available here on an exclusive basis!
More Info... 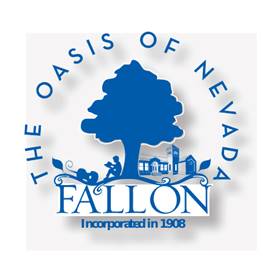